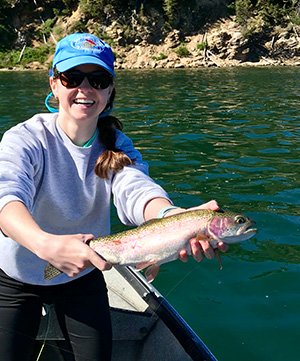 I knew there was a reason I moved 4 blocks away from the hospital. The hill is a pain when it snows, the houses are unreasonably priced, and you never really escape feeling like you are at work. But when you have to show up to work at 5:30 in the morning, all the inconveniences are trumped by the five-minute walking commute.

I had survived my first two weeks on the inpatient neurology service and was starting my week in the Neuroscience Intensive Care Unit (NSICU). To be honest with you, I was terrified. Taking care of patients on the floor was scary enough, but caring for ICU patients requires a whole new skill set. These patients were recovering from major neurosurgical procedures, brain bleeds, strokes and seizures. These are the patients who seem like they are constantly trying to die on you.

As I sat listening to the hand-off report from the night team, I tried to figure out how I was going to be a valuable member of my team. I had never been in an ICU, I knew basically nothing about how to treat neurological emergencies, and I was still figuring out how a hospital even works. All I could really do was be curious and ask repeatedly how I could help.

“What patient sounds interesting?” The question made me pause. What the Resident Physician was really asking me translates “Who do you think you can help and learn the most from?” But I initially interpreted it as “Whose devastating illness fascinates you enough to follow?” I chose a gentleman, I’ll call him Greg Jones*, who had had a major stroke a week prior and was dealing with lots of complications. When I went to go meet him I was struck by how many lines he had coming out of his body. He had a drain for extra cerebrospinal fluid, a Foley catheter for urine, and multiple lines for giving IV medications and monitoring his blood pressure. This was in addition to Electroencephalogram (EEG) leads on his head for monitoring seizure activity and Electrocardiogram EKG leads for monitoring his heart.

Talking to him, his voice was faint and raspy and he tired easily. At first our conversation was just me asking about pain and having him follow various commands to assess how he was recovering. After examining Greg, the Resident and I chatted with his wife about how things were going. She knew he wasn’t out of the woods yet, but remained hopeful. As I watched her interact with Greg, I got my first glimpse of his personality. He smiled at her, made jokes, and once even tried to cop a feel. Despite profound neurological deficits, Greg had maintained his positive attitude and wonderful sense of humor.

He always had family in the room and I had the privilege of getting to know them over the course of that week. I learned about how he met his wife, which, by the way, was straight out of a Hollywood romantic comedy. I learned about his children, where they were in the world and what they were doing. His wife shared stories about their small town and told me all about Greg’s home improvement projects. While I learned about Greg’s medical problems, I also learned about who he was as a person.

When Greg needed urgent intubation for respiratory decompensation later that week, I struggled to watch the procedure as a medical professional, fluctuating between being a curious student and worried friend.  It was after that experience that I realized what those teaching me really meant when they said “You need to take care of yourself on the wards.” They didn’t just mean make time for friends, sleep and exercise. You have to protect yourself from feeling too much. Sure, you can’t be a good physician if you don’t care at all, or even care too little. But somewhere there is a happy median between caring so much that the lows break you, and being so cold that you end up treating diseases instead of people.

Taking care of yourself on the wards also means coping with the constant evaluation coming from superiors. Being in healthcare means you always have to be “on;” when you’re responsible for human life, you cannot afford to make mistakes. Luckily, at this stage in my training, there are many people on my team to help guide me and make sure patients receive appropriate care. However, it also means that there are numerous people watching and judging my every move. Every question I ask (or don’t ask), every suggestion I make, every conversation I have, is subject to intense scrutiny. Obviously this is an important part of medical training so that I can understand what I need to change and improve, but it also feels like I am constantly asking the wrong questions and saying the wrong things.

Sure, every medical student has their own story and has faced a certain amount of adversity, but for the most part we are successful people. We are not used to constantly being wrong, to constantly failing. It is humbling, but honestly a very necessary part of medical education. No one wants a doctor who is unaware of their own limitations. We want physicians who know what it feels like when it’s time to ask for help.

By being out of my comfort zone all week, the NSICU was great for helping me recognize when it is time to ask for help. To be fair, right now my threshold for seeking out help is low. While I know that with more training my threshold will rise, I’m confident that feeling I get in my gut when I’m in over my head will never change. Recognizing that gut feeling is an important step in becoming a trustworthy physician.

I can safely say that I will never forget my time in the NSICU. I learned so much from the nurses and my team, as well as Greg and his family, about neurology, critical care, and patient relationships. I will never forget when Greg asked me if his wife agreed with his answers at the end of a mental status exam. Or after a particularly difficult night when he motioned me to the bedside and whispered “I haven’t been an ass to my wife, have I?”

It was a long week in the NSICU with brutal hours, tragic cases and constant self-doubt. Despite Greg’s tenuous health, it was my interactions with him that kept me going. When he waved bye after days of being barely responsive, it justified my sleep deficit and validated my decision to become a doctor.

Despite her hectic schedule, Molly still has time to enjoy being with her Dad, Dr. Brazil, for a summer outing, pictured here after catching a 22 inch Rainbow Trout at East Lake in Newberry Crater, OR.

*All identifying information has been changed