Molly’s next chapter in medical school

Human Anatomy is much more than dissecting a cadaver 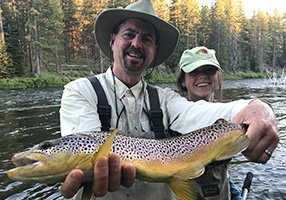 There were so many questions running through my mind as I walked to the anatomy lab. What would it smell like? Would my donor be a man or a woman? What caused my donor’s death? Was I really brave enough to do the dissections? I had no idea what to expect.

I got to the door and took a deep breath before walking in. When I opened the door I was hit with the smell of bleach, not quite what I expected. I looked around the room and saw 16 white body bags atop stainless steel gurneys. They were lined up in 4 perfect rows. I was assigned table #6.

For privacy, we are only given our donor’s height, weight, age, date of death and cause of death. I read the information on the table, trying to make sense of the fact that this donor was once a living, breathing person with an entire life that I will never know. I opened the bag to see a human body thinly veiled by a white blanket. He was wearing socks on his feet and gloves on his hands, a thick wrapping of gauze around his head to keep his face hidden. I don’t know what I expected, but it certainly wasn’t that.

Death is an odd thing that we don’t talk about very much in our society, and when you take death and medicalize it, driving the humanity out of it, it becomes even more foreign. We remove ourselves from the reality of death to protect ourselves from the fact that we are cutting into a body. The experience requires you to buy into the idea that the process of human dissection is a necessary part of our education; that it will help us provide better patient care. Embracing this is definitely easier for some than others.

To be perfectly honest, anatomy lab can be exhausting and I often dread going. There is a pre-lab lecture that starts at 7:15am, followed by 4 hours in the lab that are often spent tediously searching for (without destroying) numerous little nerves and blood vessels. At this point, a year into dissections, when you open the door to the lab your nostrils are instantly hit with the offensive smell of formaldehyde and preserved flesh. In an attempt to block the stench, I slather Vick’s Vapor Rub (something that I will now never be able to use during a cold ever again) under my nose. My lab scrubs reek of that minty, medicinal scent combined with sweat and formaldehyde.  It is a chore to wake up that early, it is a chore to put on those scrubs, and it is a chore to stand there for 4 long hours.

Looking back on that first day, I am shocked at how desensitized I have become to the cutting and studying of internal organs. There have been times I find myself with my nose an inch away from the donor. I am embarrassed to admit how easy it is to forget that the body on the table in front of me was once living. If I don’t stop to think about it, the donors become just another required assignment during lab time, or a resource for studying before an exam.

But, to be able to participate in anatomy lab is an incredible privilege. I get to see and experience things that most people in the world never will. How many people can say that they held a human heart and lungs in their hands? Or that they traced the route of the vagus nerve from the brain down in to the abdomen?

Human anatomy is a time-honored tradition in medicine, and anatomy lab feels almost like an initiation into the medical community. It is something that all healthcare providers, but no one else, must take part in. On the surface anatomy is macabre, but my donor was, in a sense, my “first patient.” I was entrusted with his body to learn from and care for.  It was through him that I learned the foundations of anatomy on which to build my continued studies and eventual career. I now have a better understanding of the anatomical basis of many disease processes.

So to anyone considering donating their body, know that you are making an incredible gift that will be honored and appreciated.